Best Time for Trekking in Nepal

When we think about trekking, we mostly concern about the good time for trekking which provide them with wonderful experience. It’s really difficult to know what is the best time for trekking in Nepal. Seasons and treks have varying weather patterns. Temperatures differ considerably depending on elevation, often on the same trek.

Temperatures can range from about 30ºC at the start of a trek. After that, below zero when passing a high pass on the same trek. Actually, there is no one best time for everyone, this time may vary accordingly to individuals. One’s trekking adventure will be determine by your tolerance for people crowd, your tolerance for sun, rain and cold. Another, how far you decide to trek. But if you are planning for touring all the seasons are also a perfect for your good experience.

When some one think of trekking how could one miss the country Nepal that crowned with the Himalayas. As well as top ten the ‘eight thousanders’ in the world. And some of the most spectacular landscapes only accessible by foot. Trekking in Nepal is one of Asia’s most wonderful experiences.

Trekking through Nepal’s mountain trail is a novel experience. Eye soothing view of the Himalayas give us the feel of standing on different world. The richness of the Himalayan mountains, the incredible variety of viewpoints, the people who make you feel no different from them, and the slower pace of life while traveling on foot all contribute to the fact that many first-time visitors to Nepal describe their trip as life- changing.

What is the best time for trekking in Nepal?

Actually, trekking season in Nepal divide into two parts: one after the fall and the other after the winter. The month following from mid-September to mid-December, is best time for trekking in Nepal Himalayas. The weather during this time of the year is not too hot nor too cold. It’s just perfect cool, giving the crystal clear the mountain views.

After the winter, with the begin of spring with the warmth of the sun on it, trekkers to the Himalayan can just enjoy a comfortable atmosphere around. The eye soothing views with different varieties of flowers bloomed during the spring season in country, on trees and floored on the fields is just wow! and also this season is the perfect time to climb up peaks for expeditions.

The Best Season for Trekking in Nepal

We have put together above a helpful guide which you should be able to pick the greatest time to trek. For you to get the most out of your trek making the unforgettable memories. Here’s a brief summary to each,

March is the start of the spring season, which lasts until the end of April. In Nepal, the spring season is often the perfect time to go trekking and mountain climbing. It is the busiest time of the year for trekking in Nepal, particularly in the Everest area and the Annapurna’s.

If you want to enjoy your trek with mild weather giving pleasant day with flowers blooming around, spring is an ideal season. this season offers a diverse range of wild flora, including the blooming of different coloured Rhododendron above 3000m giving the landscape a radiant and vibrant texture, making higher altitude trekking more accessible and fascinating. Like: Annapurna Sanctuary Trek etc.

It is slightly warm at lower elevations and very cool at higher elevations above 4000m, allowing for stunning and excellent mountain views. Pleasant, mild trekking weather during the day and colder nights in the upper and lower mountain ranges, with temperature ranging from 16ºC to 23ºC. Snow that accumulates over the winter melts by April, allowing access to high mountain passes over 5000 meters.

Fewer trekkers than in October and November, which means more opportunities to explore the Himalaya’s remote corners. Early in the spring, Clear skies in early spring gives fewer flight cancellations in mountainous areas like Lukla.

High Afternoon clouds are normal in this season, bringing clouds and brief downpours which is the drawback of this season. In May, just before the start of the summer monsoon season, annual temperatures and humidity reach their highest point, signaling the end of the spring trekking season.

The summer months June, July, and August in Nepal, not usually recommended for trekking in Nepal as it tends to bring monsoon rain. The monsoon with it carries high temperatures, a lot of precipitation, and unfavorable weather. Summer trekking is difficult due to landslides blocking and damaging the trails, routes are usually slippery and polluted with leeches.

Mountainous areas often covered with clouds which causes decreased mountain views. However, this season is best for trekking and tours to Tibet and also some trekking regions of Nepal connecting to Tibet and some desert areas of Nepal, such as Upper Mustang, Nar-Phu valley, and Dolpo regions. Summer trekking is a great alternative behind the Himalayas rain shadow range providing an ideal warm and dry summer month to trek. With the end of this wet monsoon season the countryside seems to be carpeted in green.

Unlike in Spring, where clouds build up in the afternoon, nice daytime temperatures, excellent visibility, and prolonged periods of fine weather. Trekking in this month is not just in the more famous Everest and Annapurna regions. But, also across much of Wild Nepal.

Occasionally shorts storms are observed depositing a lot of snow at high elevations. Early October will also see cloud and rain if the monsoon is late or lingers. It’s long been thought that the best time to see the breathtaking Himalayan sights is when the trails are most crowded.

Winter trekking is becoming increasingly popular. The months of December, January, and February are freezing to high altitude regions; daytime temperatures can range from 9 to 12 degrees Celsius, and evening temperatures can drop to below zero. Snow fall in Nepal is normally in the higher altitudes during the winter season, followed by strong chilling winds and cooler temperatures.

Despite the fact, if cold weather is not a problem than it’s a perfect time to trek to more traditional destinations like the Everest area. There are far less crowds than in October and November. Even the trails are calm, and the skies are always crystal clear from dawn to dusk. These all making a fantastic month for photographers to capture the beauty of the mountains.

In the month February and March mountains are with the most snowfall, blanketing trails and obstructing access. Because of this some of the high passes in the Annapurna region, such as Thorong La (5416m), and the Everest region’s Kongma La (5545m), Cho La (5335m), and Renjo La (5420m), are normally closed from late November to March. On other hand, it’s best time for trekking in Nepal at lower elevations. This is an excellent opportunity to trek in lower elevations if you want to see ideal and incredible scenery.

I have already been trekking in all seasons. However, trekking in Nepal doesn’t always mean traveling off on your own into the wild. Lots of locals passing through each day as they carry food, water and other essentials back to their villages, along with dozens of other trekkers are commonly noticed as they pass through the well- marked trekking trails. The villages and teahouses evenly spread, allowing viewers to get a good view of the scenery.

The landscape changes from day to day and valley to valley. Trekking through thick rhododendron forests, terraced paddies along steep slopes open pastures, and snowfields, and cross spectacular suspension bridges, depending on trek you choose. You will see beauty every step of the way, not just at the peak. If you offer yourself the chance to be present during the trek you just losing your mind and finding your soul. 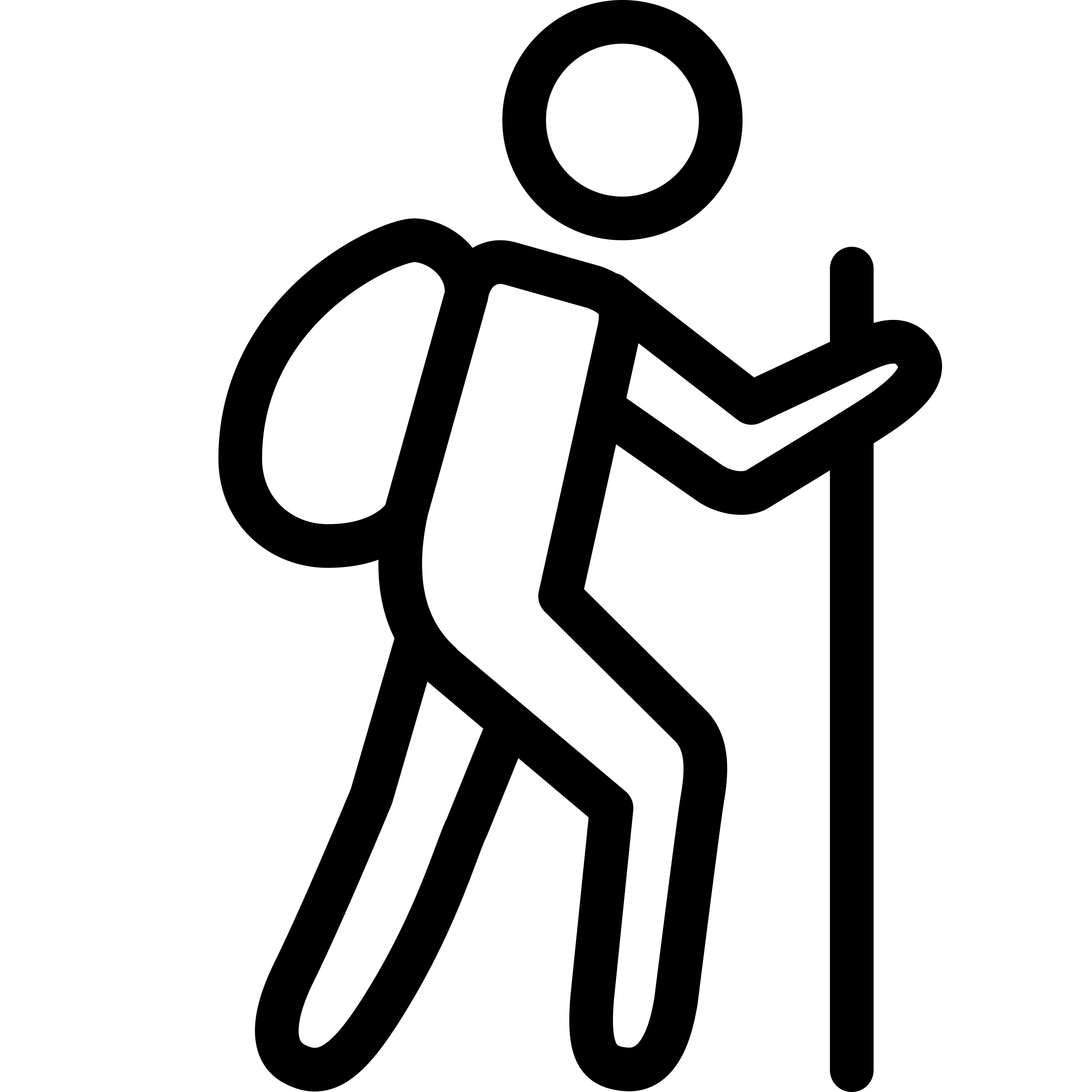 Trekking, as known, is a long tough journey on foot. While trekking can seem challenging, we are still fascinated with it. It’s for sure, one won’t record the time one has spent at the office or mowing lawn, so do trekking at the big mountain if not at least love being near to the top of the world (Mt. Everest), feel your presence here and now with the experience of trekking, a bit like a life.